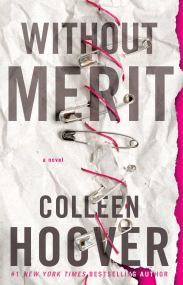 Merit is a 17-year-old girl who can't seem to catch a break. Her mother becomes ill, her father goes on to marry the nurse who was caring for her mother, her relationship with her brother diminishes to one that is basically nonexistent, she relentlessly compares herself to her seemingly perfect twin sister, and to top It off, she finds herself falling for the one person she should absolutely not be falling for. Oh yeah, and they all live under the same roof. The Voss family has undoubtedly become the talk of this small Texas town. However, what the town is talking about is nowhere near as disconcerting as to what is actually going on behind the closed doors of the repurposed church in which they all now live.

Merit goes on to question the role she plays in her dysfunctional family, other than that of "Secret Keeper." When she becomes fed up with all of the lies going on under her own roof, she decides to risk the relationship with the one person she has been longing for and unveils every dark secret that's been hidden over the last ten years. Impulses high, Merit attempts to leave her family once the secrets are revealed but when the escape plan fails, she is forced to deal with the repercussions of telling the truth and becoming the most vulnerable member of the Voss family. She is faced with the harsh reality that everything she thought she knew leading up to these life-changing events may not have been what they appeared, and that maybe she had made a huge mistake.

Without Merit is a revitalizing and eye-opening novel that this decade needs that acknowledges the importance of mental health, truth, and forgiveness. It reminds readers that "normal" is nothing more than a fallacy, and that its shape merely comes from the perspective at which you are looking at it. Each family has its faults, but as long as there's love, there's hope. It is anything but your typical young-and-in-lust novel and will trigger feelings and compassion you never saw coming.