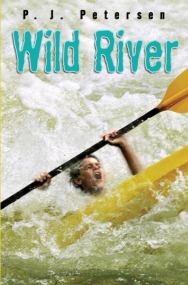 Two brothers load their gear and begin an overnight trip down the Boulder River on a sunny, summer California morning.Their uncomplicated plan is to kayak, camp, roast marshmallows, and fish. For Ryan, the 12 year old , this trip turns out to be the most frightening day of his life For Tanner, the older brother, it comes perilously close to being the last day of his life.

Ryan is the Bad Song Champion of his family.By his own admission, he’s no good at sports and doesn’t enjoy outdoor stuff.His passion is video games.Tanner is the family Super Student, Super Hero and Outdoor Enthusiast.As the trip begins and Ryan frets about everything that could go wrong, Tanner cheerfully assures him: “The biggest danger you’ll have today will be burning your tongue on a roasted marshmallow.”Wrong.

The freezing cold Boulder River runs through a canyon with steep cliffs on both sides.The boys paddle around boulders and successfully navigate a narrow chute not much wider than their kayak.Tanner’s enjoying the excitement and the challenge.Ryan admits to being just plain scared.He reminds Tanner of the medal Tanner was awarded after he ran into a burning building and saved an occupant. Tanner tells his brother, “Everybody gets scared. But that wouldn’t stop you.You do what you have to do.”This turns out to be a useful piece of advice and encouragement.

As they approach the next chute, the brothers position the kayak so that it’s straight in the middle of the river.Perfect.Except for the big, jagged log stuck right in the middle of the chute.The horrific impact of the log throws both boys out of the boat.Ryan is floating downstream, held up by his life vest. He manages to stand up in the waist-deep water and looks back for Tanner.

Tanner is floating face down in the water. Ryan struggles to pull him ashore, and uses his T-shirt to wipe the blood from his brother’s forehead.As he works feverishly to protect Tanner and locate their gear, he remembers lessons from video games: If one strategy doesn’t work, try a different one:hypothermia is deadly; move fast and move smart; if you hurry, you’re more likely to make mistakes.

After arranging everything possible to make his brother dry and comfortable, Ryan realizes that Tanner won’t live through the night without medical care. Ryan’s only option is to find help as soon as possible.First he hikes through the dense brush and struggles to scale the sheer cliff.He returns to his brother, defeated by the wilderness.In despair, he frantically considers other options for transporting himself back to civilization.

Ryan perseveres through countless setbacks.His determination is relentless, even though the river seems diabolically determined to keep him from his goal.As Ryan keeps on keeping on, he entertains himself (and the reader) with a stream of the Bad Songs for which he is justifiably (in)famous.

The book ends well.Tanner is recovering. Ryan refuses publicity and accolades, but he does tell the whole story to his brother. After listening to the account of all that Ryan did to save his life, Tanner is astonished and deeply grateful, and declares Ryan the hero of their family. Readers are sure to agree.