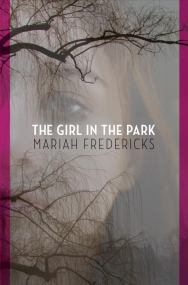 The Girl in the Park

The Girl in the Park by Mariah Fredericks is a best mystery. Even the title of this book is a clue. Every suspect has a mega-motive.

Wendy was a student at an exclusive prep school in New York City, until she was found dead in a park after a party. The media frenzy begins immediately. Vicious gossip circulates like a wildfire. Rain, Wendy’s best friend from earlier years, hates these distorted images of Wendy’s actual identity. Rain, quiet and reluctant to speak out, determines that she will find Wendy’s killer and restore a valid memory of her friend.

Nico, Wendy’s boyfriend from the recent past, is a prime suspect in her death. Video surveillance cameras capture him leaving the party shortly after Wendy, and returning 45 minutes later. Wendy was having an affair with her favorite teacher. He might have had to kill her if she threatened to tell his wife. Then there’s Ellis who wanted to be Wendy’s boyfriend. And what’s the deal with Sasha who beats up Rain for talking with the police? Every suspect is legitimately suspicious. Every motive is convincing.

The plot thickens and then thickens some more. Clues are scattered all over the pages. Rain follows leads in conflicting directions, organizes information that sometimes seems contradictory, interviews suspects and – ultimately- identifies Wendy’s killer. Thoughtful readers may round up the facts and draw their own conclusion. Most readers will be racing through the chapters with only one thought: Let me get to the end as fast as possible, so I can find out who did it!