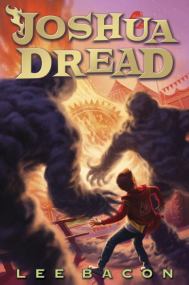 Joshua Dread is having a rough year in middle school. Bullies pick on him, and he seems to be causing pencils to explode, leaving burning handprints in his wake.  To top it off?  The supervillains – The Dread Duo – are his parents, and they're trying to destroy the world.

The  Dread Duo are comically goofball supervillans – they have evil ideas, but can never quite get their schemes together, and superhero Captain Justice is always there to foil their plans.  When The Dread Duo threatens to make the weather on Earth completely unbearable unless they get a plane loaded with $100 bills, Captain Justice makes it look like they are attacking a bus full of innocent children. At the Vile Fair, the business expo for supervillains, a surprise attack by indestructible smoke-shaped beings leaves many villains in danger and missing.

When Joshua’s parents disappear on a mission to obtain some illegal chemicals, Joshua enlists his best friend Milton and the new girl Sophie (who has a secret identity) to help keep his parents safe.  Short chapters with cliff-hanger endings and many funny situations will hold readers’ attention and leave them wanting more.

One of the appealing aspects of this story is that the heroes and supervillains are not entirely good or entirely evil.  Captain Justice seems to succeed in spite of himself and comically appears to be more concerned with his endorsements than protecting the greater good.  The Botanist and Dr. Dread, Joshua’s parents, mean well and are brilliant, but readers will recognize that their evil plans may not be truly evil.  It could just be that the good guys might actually be the bad guys.

The current popularity of superheroes on television and in movies will make this book an easy sell to reluctant readers and to superhero fans, as well.  Easily identifiable characters, fast-paced action and a very clever storyline will appeal to boys and girls of all ages.